21st May: WORLD DAY FOR CULTURAL DIVERSITY FOR DIALOGUE AND DEVELOPMENT 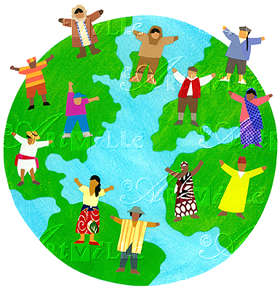 Tomorrow (21st May) we are celebrating World Day for Cultural Diversity for Dialogue and Development.

Are you aware of diverse cultures? Why not create mandalas to symbolize peace and harmony?

World Day for Cultural Diversity for Dialogue and Development: Mandalas

This is my selection of interesting websites. They are all related to the World Day for Cultural Diversity for Dialogue and Development and offer extra ideas, songs, crafts and many more resources.

PBS - Diversity in the classroom

Lots of love to you and

23 April is a symbolic date for world literature for on this date in 1616, Cervantes, Shakespeare and Garcilaso de la Vega all died. It is also the date of birth or death of other prominent authors such as Maurice Druon, Haldor K.Laxness, Vladimir Nabokov, Josep Pla and Manuel Mejía Vallejo.

Are you ready for an Easter Treasure Hunt???

Go to easterbunnys.net to find the answers to these questions:

1. When do they have the Tincunaco ceremony in Argentina?
2. What is the name of the village where they perform the Passion play in Brazil?
3. In Crete they eat paschal at Easter. What is it?
4. What do people do in France when the bells ring on Easter Sunday?
5. What time is the church service on Good Friday in Hungary?
6. In Lebanon they eat maamoul at Easter. What are they?
7. What do they call Easter Sunday in The Netherlands?
8. In Ukrania people do Pysanky at Easter. What does this mean?

Use the dictionary to do the following activities:

1. Which two words do not follow the word Easter?

2. Answer the questions.
1) What is another name for Easter Day?
2) What is an Easter egg made of?
3) What is in a hot cross bun?
4) Where is Easter Island?
5) Which comes first: Good Friday or Easter Sunday?

3. The word Easter probably comes from Eastre. Who was Eastre?
a) a German religious writer
b) a Christian leader
c) a goddess of spring
d) a rabbit from a folk tale

Go to this link and watch “The White House Easter Egg Roll”. Then answer these questions: 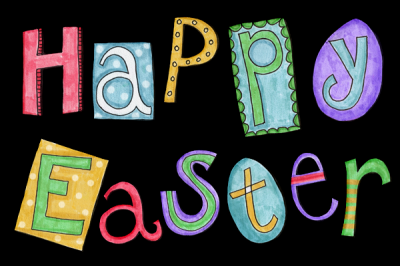 It’s that time of year again…Easter!

I would like to offer you resources to create that Spring feeling in your house.

There are various ways to decorate eggs. Here’s one method. What did they use to decorate the eggs? Have you ever decorated an egg? How did you do it?

Send a friend or family member an animated e-card for Easter.

Go to this link and click on The Easter Story. Watch and read an illustrated story of Easter. 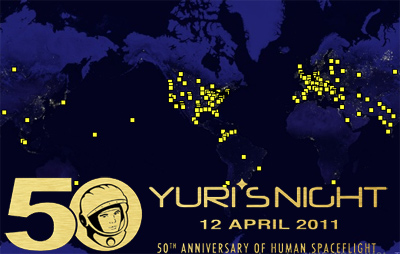 Yuri’s Night is an international celebration held on April 12 every year to commemorate space exploration milestones. The event is named for the first human to launch into space, Yuri Gagarin, who flew the Vostok 1 spaceship on April 12, 1961. In 2004, people celebrated Yuri’s Night in 34 countries in over 75 individual events. Locations have included Los Angeles, Stockholm, Antarctica, the San Francisco Bay Area, Tel Aviv, Tokyo, and the International Space Station.

If you want to read more, click on this link.

This is my selection of interesting websites for this event. They all offer extra ideas, songs, crafts and many more resources. Happy surfing!

The Solar System: Astronomy for Kids

The Nine Planets – For Kids

Over the years
As we grow old,
We remember our father
So brave and bold.

In the garden,
Leaning on the plow,
He would listen to me;
I see him now.

He would give advice
And understand;
He was always there
To lend a hand.

God made fathers
Strong and firm,
For he knew our lives
Would have great concerns.

So he gave us fathers
To teach us to pray,
And guide our lives,
And show us the way.

So on his day
Let’s take the time
To say "Thanks, dad.
I’m glad you’re mine."

Have fun finding the answers to our

Visit the links below to find the answers to the questions about St. Patrick’s Day.

You’ll have to be careful and read and think. Have Fun!!

Here are the questions. Happy Hunting!!

This month we are going to celebrate St. Patrick’s Day. Get ready for exciting and meaningful activities!

This is my selection of interesting websites. They are all related to St. Patrick’s Day and lots of ideas, songs, crafts and many more resources. Happy surfing! 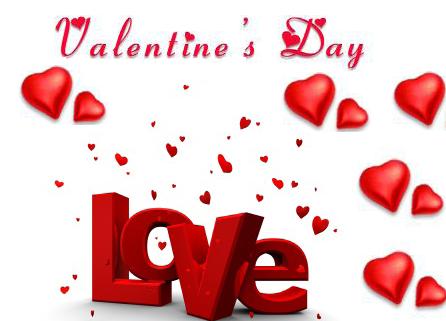 Every February we celebrate Valentine’s Day by giving flowers, candy and cards to those we love. We do this in honor of Saint Valentine. You may be wondering, "Who is St. Valentine"? Time to brush up on your Valentine’s history!

Perhaps we’ll never know the true identity and story behind the man named St. Valentine, but this much is for sure... February has been the month to celebrate love for a long time, dating clear back to the Middle Ages. In fact, Valentines ranks second only to Christmas in number of greeting cards sent.

New Year’s Day, or January 1, is the first day of the year and is an occasion that witnesses the biggest annual celebration across all countries of the world. It is the time when we ring out the old year and welcome the present year with open arms, with eyes filled with new dreams and hearts replete with new expectations. With another year approaching soon, it’s time again to gear up for New Year celebrations. 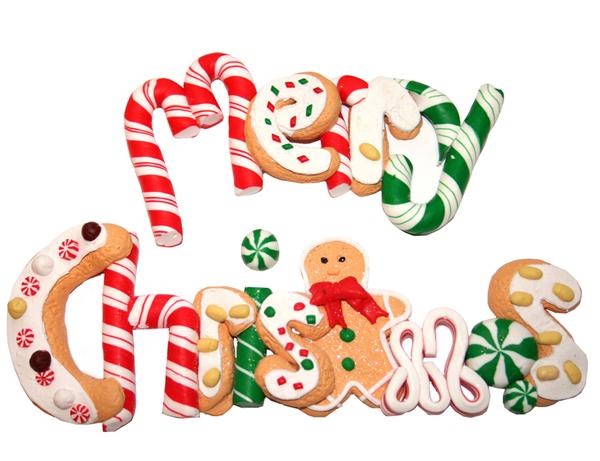 The word Christmas comes from the Old English ‘Cristes Mæsse’ ~ meaning the ‘mass of Christ’ as it commemorates the birth of Jesus Christ. The ﬁrst ofﬁcial celebrations took place in 336 after Emperor Constantine had declared Christianity the empire’s favoured religion. The festivals often begin at the beginning of December and continue until 6th January or Epiphany with the arrival of the Magi (Three Wise Men or Three Kings).

In the weeks leading up to Christmas, many people decorate their houses. They send Christmas cards and children write a letter for Father Christmas letting him know which presents they would like. It is typical to have a Christmas Tree and many children have advent calendars, which they open each day until the 24th: Christmas Eve. That night, Father Christmas uses his reindeer-drawn sleigh to visit each house and deliver the presents down the chimney. Some children hang stockings by the ﬁreplace or at the end of the bed but often Father Christmas leaves the presents under the Christmas tree.

On Christmas Day, people open their presents. Families get together to eat. Traditionally, they eat roast turkey followed by Christmas pudding. They pull crackers, which open with a bang and contain a joke, a paper crown and a small present.

The day after Christmas is Boxing Day.This word comes from a custom from the Middle Ages: churches would open boxes in which people had placed gifts of money and distribute the contents to poor people in the neighbourhood.

And now something as sweet as a peaceful Christmas time...

Christmas is associated with giving, so why not make some trufﬂes which they can use as gifts??

You will need:
• 500g sponge cake
• 25g drinking chocolate (powder)
• 50g ground almonds
• orange juice
• vermicelli or more drinking chocolate
• mixing bowl
• fork
• greaseproof paper
Instructions:
1. Put the sponge cake into the mixing bowl and crumble it. You can use the fork or your ﬁngers.
2. Add the drinking chocolate and ground almonds. Mix together.
3. Add the orange juice little by little, mixing until you have the right consistency (ﬁrm but malleable – similar to play-doh). Ideally (but not essentially), cool the mixture at this stage.
4. Get a square of greaseproof paper and a portion of the mix. Roll the mixture into bite-sized balls.
5. Roll the trufﬂe in the vermicelli or drinking chocolate.
6. Enjoy eating them and sharing them with your friends.

Note: Remember you can only work in the kitchen when there is an adult nearby.

Why don't we sing last year's song too??

Here you have a karaoke version of the "Lemmon Tree" for you to remember the music and the lyrics.

This is my selection of interesting websites for this season. They are all related to Christmas and offer extra ideas, songs, crafts, and many more resources. Happy surfing!

Once again, our show is going to be the best one.

Learn the lyrics, practice the song and get ready to be the stars in the stage!!!

Our first Pumpkin Contest has been a TERRIFIC success!!!

We were very glad to see how creative you (and your parents) can be!!!

Thank you all for your ideas and enthusiasm!