A BIT OF GRAMMAR 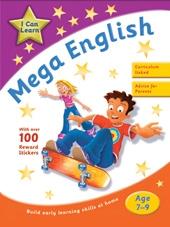 Here is a reminder of what we are learning in our new "MEGA ENGLISH" book. (Click in each title to learn more about the different kind of nouns)

What is a noun?

The definition of a noun is a word that is used to define a person, animal or living object, place, thing or quality.

There are many different kinds of nouns in English.

Countable Nouns - nouns that can be counted, such as car-cars, child-children etc.

Uncountable Nouns - nouns that can’t be counted, such as water, fire, air etc.

Collective Nouns - nouns that refer to a group of things or people such as family, police, worker’s union etc.

Concrete Nouns - a noun that is a physical object, something that can be touched, seen, such as an animal, window, table, computer etc.

Abstract Nouns - is a noun is not a physical object, it can’t be touched physically. They are ideas and feelings such as intelligence, love, hate, bravery etc.

I also love the new book.Is like languaje but in english

WELCOME SANDRA!!!! We're really glad to hear from you. How is everything going in your new school? Please keep visiting our blog and taking care of yourself.
Love, 5ºA