Anniversary of the birth of Antonio Vivaldi 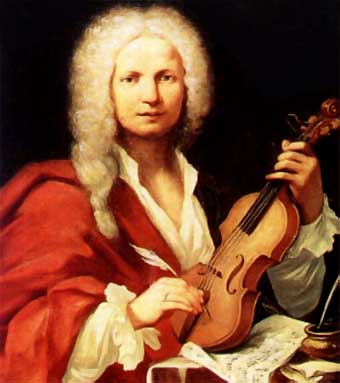 Antonio Lucio Vivaldi was born in Venice, Italy, which is where he spent most of his life. His father taught him to play the violin, and the two would often perform together.

Antonio continued to study and practice the violin, even after he became a priest. He was called the "Red Priest" because of his flaming red hair. However, after a while, his bad asthma kept Antonio from saying Mass.

After that, Vivaldi spent all his time writing music and teaching. He taught at an orphanage for girls, and wrote a lot of music for the girls to play. People came from miles around to hear Vivaldi's talented students perform the beautiful music he had written.

Many people think Vivaldi was the best Italian composer of his time. He wrote concertos, operas, church music and many other compositions. In all, Antonio wrote over 500 concertos. His most famous set of concertos is The Four Seasons.