You are a mammal. Your pet dogs and cats are mammals. An elephant is a mammal and so is a whale. When you learn about animals, the first you learn about are probably mammals. Not all mammals are made the same way. Most of the mammals you see will be placental. If you are in Australia you will see a lot of marsupials. Monotremes are tough to find. There aren’t many of those left in the world. 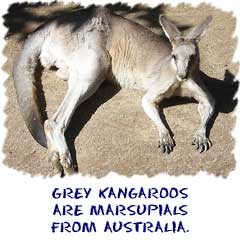 Monotremes were the first mammals. How do scientists know? They actually lay eggs. Monotremes are more closely related to reptiles than any other mammal. They have not yet evolved a way to have their babies live. Examples of monotremes are a duck-billed platypus and the spiny anteater.

There are many more marsupials than monotremes. Kangaroos, koalas, bandicoots, and possums. You’ll find a lot of them in Australia. Australia is an island continent. Because of its isolation, placental mammals didn’t take hold in their ecosystems. Australia is like a mammalian time capsule. Marsupials are special mammals that give birth to their young live, but the babies mature in pouches. While they are in the pouch they suckle on the mother’s milk for nourishment. 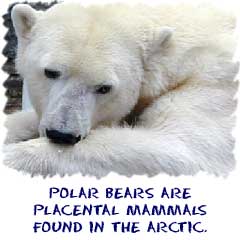 Placental mammals are the dominant form of mammal on the planet. Placental mammals deliver their young live and ready for action. Although the babies might still need some work, much of the basic development is done inside of the female’s placenta. When the baby is born, it still needs some raising and education. Mammalian mothers will usually stick around and help in that learning process. There are no pouches. The baby must walk or be carried.

Placental mammals are everywhere, even in the oceans. A group called cetaceans includes dolphins and whales. They are mammals that evolved and returned to the ocean. They still breathe air and even have tiny hairs like other mammals, but they live their whole lives in the water. 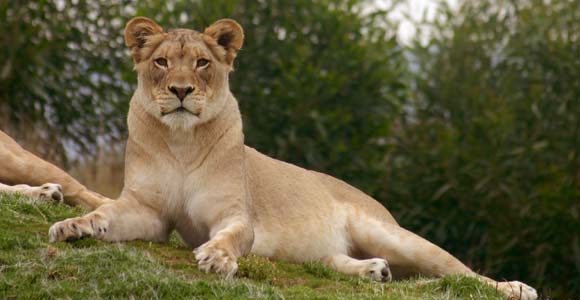 While there aren’t that many species of vertebrates, we know you can name dozens of them. There are about 57,000 known species and the subphylum includes fish, amphibians, reptiles, birds, and mammals. There may be a greater number of invertebrate species across the planet, but the vertebrates are the most intelligent and advanced.

What do all of the vertebrate species have in common? They all have a skull and backbone with small bones called vertebrae. While you might not think much of some of your classmates, vertebrates are the most intelligent creatures on Earth. The skull and backbone are designed to protect our advanced nervous systems. The bones could be made of cartilage or calcified bone. Many fish have cartilage for their skeletons while mammals and reptiles have harder bones. Birds have similar bone composition to mammals, but they are hollow and lighter. The lighter bones help them fly. 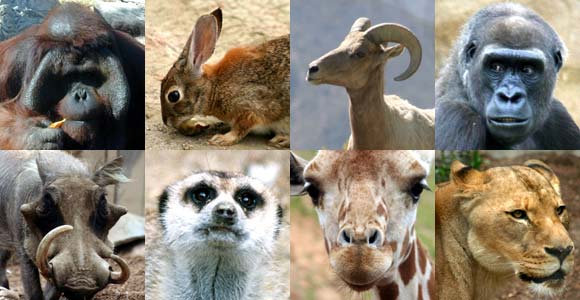 The most advanced vertebrates on Earth are mammals. The class Mammalia includes over 5,000 species that include animals from the platypus to kangaroos to humans. As you can guess from our short list, living mammals come from one of three groups. There are egg-laying mammals, mammals that have pouches to raise their young, and mammals that have placentas. These placental mammals have their young develop inside their bodies before they give birth. Humans are placental mammals.

Even though mammals have a few thousand living species, many more have become extinct. The first mammals appeared in fossils around 250 million years ago. They eventually developed many unique characteristics including control over their body temperature (homeotherms), hair, and seven cervical vertebrae in their necks.

Since mammals can control their body temperature, they can be found across the entire planet. You might find small mice in the hottest deserts and polar bears in the arctic cold. There are also flying mammals that live in trees and caves. There are even groups of mammals that have returned to the oceans of the world. They have developed characteristics that allow them to hold their breath for long periods and fins that make them strong swimmers. Never forget that they still have lungs and always return to the surface for a quick breath of air.

jajajaja!!! its so funny the video